It's Been A Hell of a Year

The Room
We knew when we bought our house that we were probably going to have to fix the stucco on the extension that was put on the house. Little did we know that we'd have to literally tear down both walls of that room and totally rebuild them. 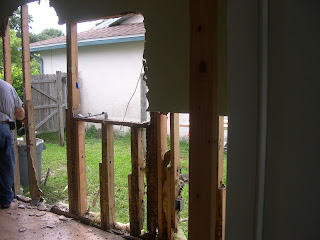 Dental Drama
I don't have any irrational fears except having to have a tooth pulled. And that is exactly what I had to do on Valentine's Day of this year. The bridge to fill in the pulled tooth is still not permanently attached because it's still giving me problems. Then, I find out I need another crown on the other side of my mouth. That, too, is attached temporarily for the time being while we wait to see if I need a root canal on that tooth. 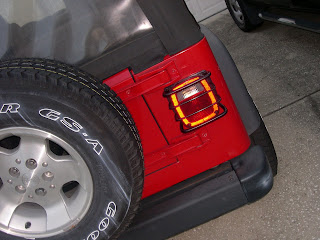 My Jeep
Over the summer, I was without my Jeep for over a month because my battery died and the gear shift broke. The broken gear shift was a known problem that Chrysler was slow responding to which is why it took so long to get a replacement part. Then there was an issue with my fuel injection system.

It's December. The year is nearly complete. And problems with my Jeep surface. Again. The current problem is yet another known problem. This one Chrysler won't acknowledge. This problem has been around for so long that it actually has a nickname: The Death Wobble. Apparently, people notice a problem, fix something, and it goes away. For a little while. And the process repeats.

After much soul searching and finally coming to terms with the situation, I have decided that I must get rid of my beloved Jeep. This makes me sick for two reasons:
1. I love my Jeep.
2. It's already paid for. The thought of having to make yet another monthly payment right now is making me really sick.
But, in the long run, I think it's the right decision.

I think I've narrowed down my search to a used Toyota 4Runner. In doing some research, I've discovered that they are very hard to find used because they are such good vehicles, people very rarely get rid of them. I just want to whole situation over.

Here's to hoping that things turn around next year. . .
Posted by Athena's Armoury at 10:47 AM

I hope so too!

I really like the "year in review" blog post, I think I'll have to do something like that. Wish it was more good news for you though.

Wow- you've had a rough one this year! Here's to better new years!!

Yeah, it was kind of rough. . . But it certainly could have been worse! Here's to a great year for us all.