I've always been enchanted by the magical, mystical runes and found way too many amazing pieces to only list my typical three. I hope you don't mind. But first, here's a little background on the runes from The Runic Journey: An Online Exploration of the Norse Runes

Runes are an alphabetic script used by the peoples of Northern Europe from the first century c.e. until well into the Middle Ages. In addition to their use as a written alphabet, the runes also served as a system of symbols used for magic and divination. Runes fell into disuse as the Roman alphabets became the preferred script of most of Europe, but their forms and meanings were preserved in inscriptions and manuscripts.

The primary characteristic which distinguishes a runic alphabet from other alphabets is that each letter, or rune, has a meaning. For example, whereas "ay", "bee", and "cee" are meaningless sounds denoting the first three letters in our alphabet, the names of the first three runes, "fehu", "uruz", and "þurisaz" are actual words in the Germanic language, meaning "cattle", "aurochs", and "giant", respectively. Runes also have magical and religious significance as well, thus transforming the simple process of writing into a magical act. They are also used for divinatory readings and to create magical spells.

Today, runes have been rediscovered as a symbolic system and have gained immense popularity as a means of divination. They are, however, much more than a curious alternative to Tarot cards for telling fortunes. They provide a key to understanding the lives and beliefs of the ancient people who created them, and have much to teach us about a way of life that was perhaps more inimately connected to the natural world, and to the realm of spirit, than our own. 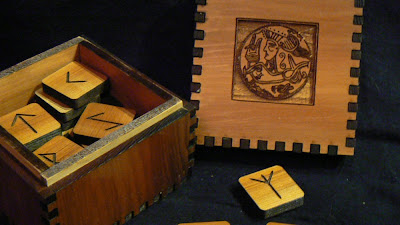 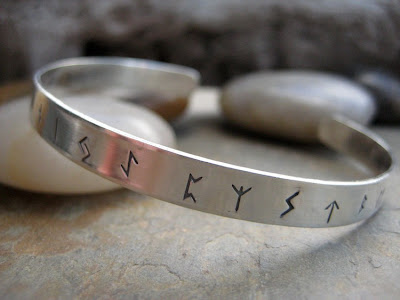 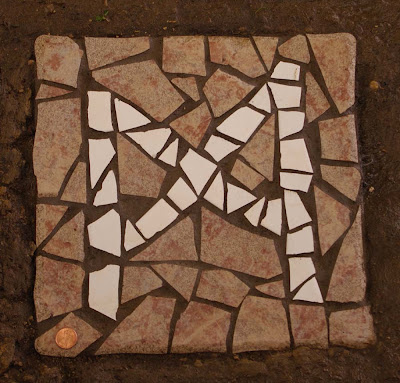 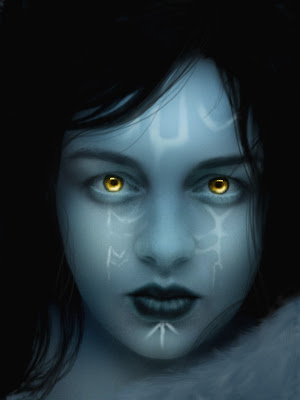 Rune Goddess Personalized Portrait Picture by My Magic Me 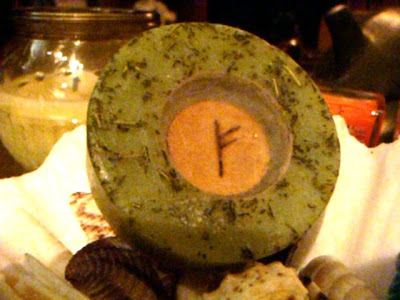 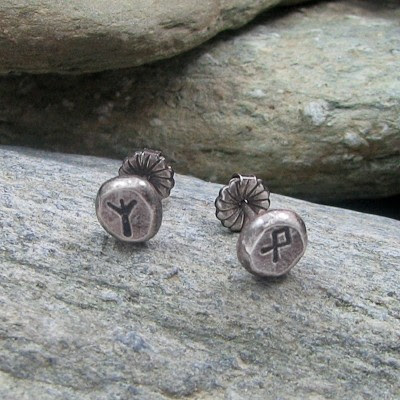 Posted by Athena's Armoury at 9:00 AM

Wow! Very cool finds!! I love the runes! Thanks so much for including my cuff bracelet in this weeks Friday Finds! :)

Have a great weekend!

Absolutely wonderful collection of runic creations - thank you very much for including my earrings in your feature!

Ooo, I love this Friday Finds- I'm a big fan of runes. :D

Thank you all so much for visiting! I'm glad to hear that you liked the finds.

Loved reading this entry, I love all things with magical notions.. tarot cards, runes,, love them all!

Wow, those are all amazing!

Yay! Cindy Pack's cuff sold! I don't know if it had anything to do with being featured here, but I'd like to think so.