For the first ever Athena's Armoury Friday Finds blog post, the items featured will be in honor of this blog's namesake: Athena. Athena is the Greek goddess of wisdom and war. What many people don't know is that she's also the patroness of crafts and metalwork (appropriate for my maille shop, no?). She often appears attended by an owl and accompanied by the goddess of victory, Nike. At the time of her birth, she burst forth fully grown from Zeus's forehead armed wearing the Aegis and weilding a thunderbolt (which she and Zeus share exclusively). Athena planted the first olive tree in the city of Athens, which provided the people with food, firewood, and shade. She showed them how to crush olives to make oil, that could then be used in a variety of ways. She is an astounding goddess and there is so much to learn about her. In her honor, I present Athena's Armoury's Friday Finds: Athena. 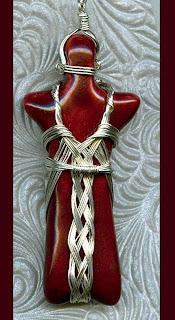 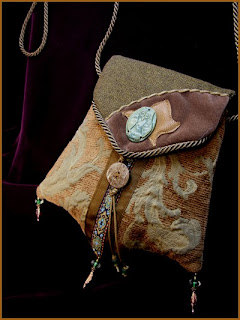 Wise Owl Pocket by Something Else Studio 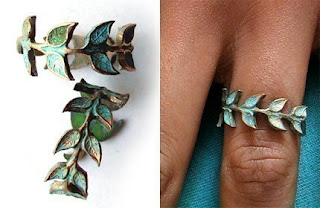 Athena Ring by We Dream in Color
Posted by Athena's Armoury at 9:00 AM

Oh, neat! I like the combo of information and art picks! I really love that ring. :)

That pendant is just amazing. It rocks! I must check it out....

I'm so glad you guys are liking what I'm finding! Thanks for checking it out and supporting those artists, too!